The city attorney is appointed by and reports to City Council. The general duties of the Office of the City Attorney include: 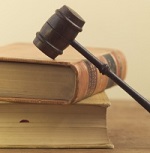 In addition to the other duties prescribed by law, the city attorney shall render legal services to the officers and employees of the city in all suits, actions, and proceedings brought against them as defendants, other than those involving violations of the criminal laws of the state and penal ordinances of the city, in which the city has an interest when there is no conflict between the city's interest and that of any such officer and employee and the subject matter of the suit, action, or proceeding arose during and out of the scope of the employment of such officer or employee and during the hours prescribed for performing such services.

The Office of the City Attorney cannot provide legal advice to citizens in private matters, nor is the office permitted to make referrals to citizens for private attorneys. This office does not prosecute violations of state law or local ordinances; such prosecutions of criminal violations are handled by the Office of the Commonwealth's Attorney.