CORONAVIRUS UPDATES Petersburg's Adjusted Hours of Operation to Continue through April 17, 2020 Read On... 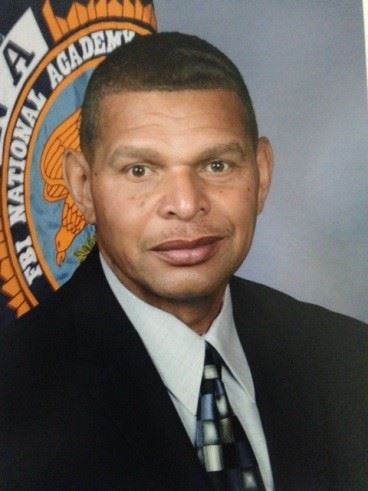 Chief Miller is a native of the city of Paterson in the state of New Jersey.  He attended John F. Kennedy High School and upon graduation in the summer of 1976 he entered the United States Marine Corps. He served honorably as an Instructor and infantry Radioman.  After an honorable discharge he began his career in law enforcement, joining the Virginia Beach Sheriff’s Office in 1980, rising to the rank of Sergeant. In 1983, he applied and was accepted to the Virginia Beach Police Department and attended the Hampton Roads Regional Police Academy.  He was elected by his peers to serve as class president.

While a member of the Va. Beach Police Department he served in a variety of assignments during his 30 plus years.  He was a field training officer, master police officer, detective, police academy instructor, police academy coordinator, precinct sergeant, SWAT team leader, Lieutenant and Captain.  He have been recognized for his efforts by many organizations, resulting in over 100 letters of commendation or appreciation.  He has traveled to Australia, Saudi Arabia and Taiwan to conduct SWAT training.

Chief Miller earned a bachelor’s degree in Criminal Justice from St. Leo’s University, a Master’s Degree in Public Administration from Troy University, and he is a graduate of the Professional Executive Leadership School at University of Richmond, the FBI National Academy session 264 and several other leadership institutions. He is a recognized expert in police use of force and policy matters.  He is a member of NOBLE, the Va. Chief’s Association, NTOA, IACP and the FBI National Academy Association (Va. Chapter Board member).  He is sought after to teach building community Trust throughout the country, he is a guest Instructor at the FBI National Academy.  He is active in his church and he is a volunteer in the community.  He has been a Professor at NSU, Bryant and Stratton College, and TCC. He is a professional Boxing Coach, he is married with two adult daughters and sons in law and two grandsons.