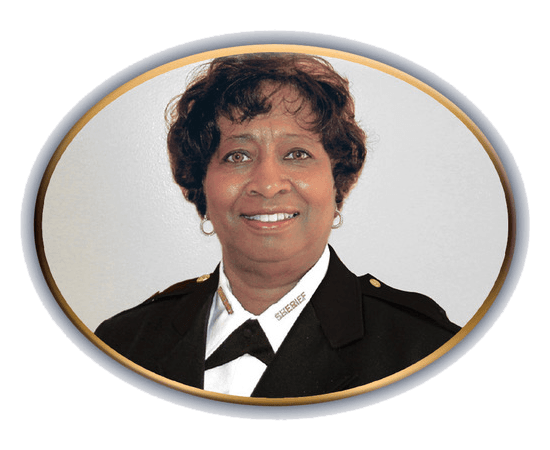 Sheriff Crawford is married to Leon, a retired military officer and they have 5 children, Latricia, Roderick, Cornell, II, Leon and Courtney and 14 Grandchildren and 5 great-grandchildren. Her mother is retired educator Esther T. Reese (deceased in 2000). She believes the scripture “I can do all things through Christ who strengthens me”.